Beyond The Realms Of Death

The song starts out as a slow and light ballad until the chorus, where the song erupts into heavy riffs. The song then turns light once again until the next chorus, and the following bridge section. The first guitar solo is then played by Glenn Tipton. Then the song turns light once again for the next verses, which is followed by the heavy chorus/bridge section once again and the second guitar solo played by K. K. Downing. This is followed by the final heavy riffs and the epic final scream of Rob Halford. 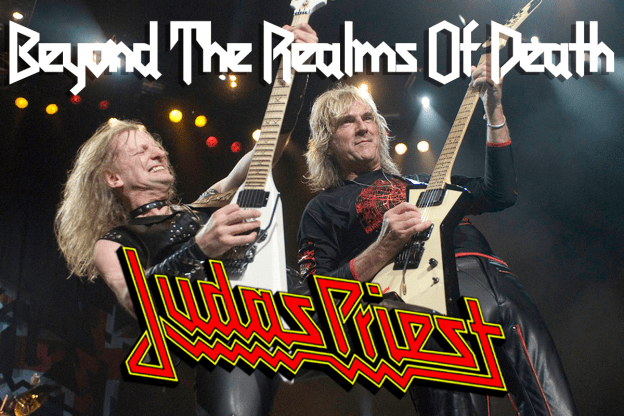