7th and second-last song of the album, Deja-Vu is the only song on the album penned by guitarist Dave Murray, and the first on the record not be written solely by Steve Harris or Adrian Smith, main composers of the whole Somewhere in Time album. Somewhere in Time is the sixth studio album by  Iron Maiden. It was released on 29 September 1986 in the United Kingdom by EMI Records and in the United States by Capitol Records. It was the band’s first album to feature guitar synthesisers. 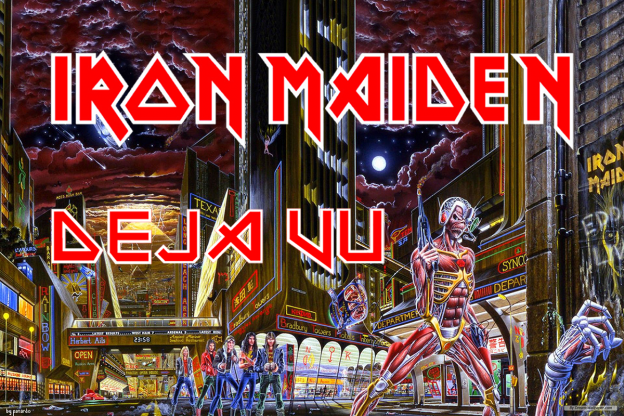