Lord Of The Flies

Lord Of The Flies In Depth Guitar Lesson

The lessons includes the tabs for all guitar in PDF format which is available to download.

The course covers all the guitar parts played by Janick Gers & Dave Murray.

“Lord of the Flies” is an Iron Maiden single and second track on their 1995 album The X Factor. The song is based on the book and film of the same name

The single was only released outside of the UK. Additional tracks on the single include covers from UFO and The Who. These tracks were later released in the UK on CD1 of the “Virus” single.

Iron Maiden frequently performed this song live during their Dance of Death tour from 2003–2004, making it one of only 5 Bayley era songs to survive in concerts after his departure (the others being “Man on the Edge”, “Sign of the Cross”, “Futureal”, and “The Clansman”). One such performance of this song is included on Iron Maiden’s 2005 live album “Death on the Road” 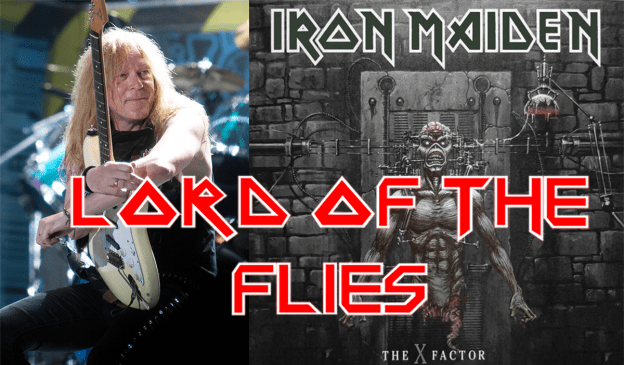