This course covers all the guitar parts played by Dave Murray & Adrian Smith.

Murders In The Rue Morgue is a track from the album Killers which is the second studio album by English heavy metal band Iron Maiden. It was first released on 2 February 1981 in the United Kingdom by EMI Records and on 6 June in the United States by Harvest and Capitol Records. The album was their first with guitarist Adrian Smith, and their last with vocalist Paul Di’Anno, who was fired after problems with his stage performances arose due to his alcohol and cocaine use.

This song was inspired by the short story of the same name by Edgar Allan Poe. They both describe the gruesome murder of two girls in Rue Morgue, Paris. In the song, an Englishman hears the girls being murdered, runs for the Rue Morgue, and finds their corpses. He gets blood on his hands, however, and when a crowd gathers everyone thinks he’s guilty. He can’t speak French, so he can’t explain and becomes a fugitive from the law. He eventually leaves France to keep from being hunted, but is still so paranoid that simply being stared at makes him think he’s recognized as a murderer. As a result, he never stops trying to escape the French police, no matter where he goes.

Murders At The Rue Morgue - Full Lesson
Preview this Course 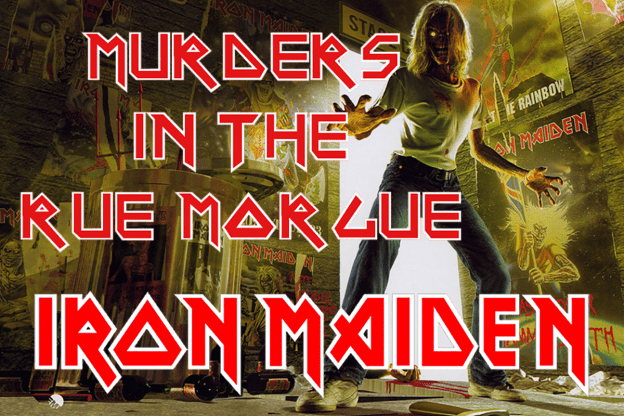